It's been five years since  Godzilla , the debut film of Legendary's new Monsterverse, returned the atomic giant to our cinema screens. Taking our criticisms of the first film to note; the biggest being that it focused for too long soley on the human characters, writers made it a mission to make the sequel more of an ensemble piece: blending a more balanced mix of monsters and humans for the story. Being the 35th film of the Japanese icon's franchise and despite bearing such a grabbing title,  Godzilla: King of the Monsters,  is as disappointing as the monsters are visually grand. As the story begins, we meet Madison Russell, played by  Millie Bobby Brown,  who almost anyone with a Netflix account will know as  Eleven  in  Stranger Things . Her mother, Dr. Emma Russel, is a leader of a group of scientists who for some reason think it's a good idea to release more giant monsters upon the world, despite Madison's brother losing his life in the chaos of the fi
Post a Comment
Read more

Save your money. Don't see Venom 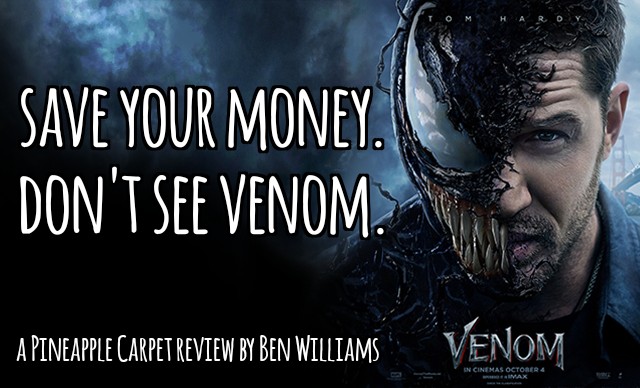 A tag line of the Venom marketing campaign is "The world has enough superheroes", promising that we're going to see something rare: a thrilling origin story of one of Marvel's best comic book villains. Sadly, this film is made by Sony, meaning that another promise has been broken. Tom Hardy, the only reason your girlfriend wants to see this film, plays Eddie Brock, a reporter who really cares too much about homeless people. Obligatory scary corporation, the Life Foundation, somehow jumps to the conclusion that bringing back parasitic aliens from outer space is the answer to all of the world's problems. These aliens are called symbiotes, colour-varied balls of sentient CGI that need to attach to a living host to survive. Following a stressfully dull 40 minutes of nothing happening, Eddie is bonded with the symbiote, Venom. With a preference for biting people's heads off after oddly licking them, Venom is on a body-sharing adventure with Eddie to s
Post a Comment
Read more

Black Panther Is Great But Nowhere Near Perfect 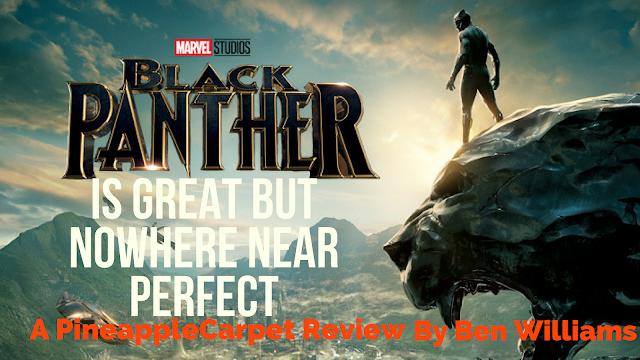 The Circle of Life Black Panther is shrouded in an impenetrable force field of critical acclaim across the board. The few negative reviews out there actually ended up trending on Twitter as if word against it is a blasphemous crime. Is it a perfect film? No but Black Panther is a Marvel Cinematic Universe entry that stands on own legs. It's themes and particular moments resonate with you as an individualistic cinematic experience. Whilst it does have flaws which shouldn’t be omitted from discussion, Black Panther’s a great time that’s worth your money. Springing to mind is the characterization of the Black Panther himself, T'Challa. A week after the events of 2016's  Captain America: Civil War ; T'Challa, the Prince of technologically advanced Wakanda, must step up to take the place of his recently deceased father as King, whilst taking on the challenges that come with it. With a performance by  Chadwick Boseman  that's cemented the role as his own, T
Post a Comment
Read more 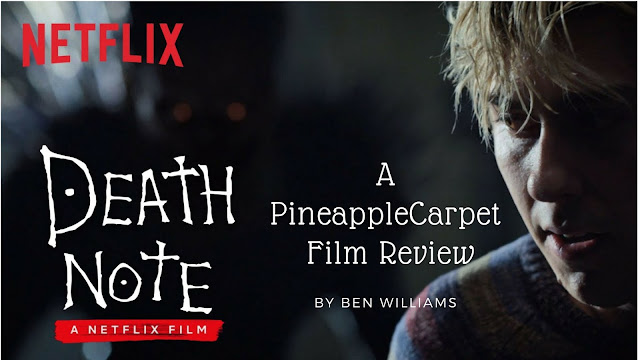 "Anime's just kids cartoons". The opinion said by many. Some anime series are critically acclaimed for intense; ground breaking stories, characters & mature themes, equivalent to or greater than that of most major TV dramas. Unfortunately, many can't get over the stigma that any animated show (that isn't an adult comedy) is unsuitable for anyone over the age of 12. That's the general mainstream view that gave birth to need for live action adaptations of anime & manga. Take the same story; structure, characters, anything else that made the original material so beloved & put actual humans infront of the camera. You then have an anime-based film or series ready for the masses. All in between their sessions of X-Factor & Made In Chelsea, of course. Before going into differences between the anime & this new film, I'll explain what Death Note  is generally about: teenage boy sees world as rotten with crime, boy finds magic notebook
Post a Comment
Read more

Stars & Recreation 2: Electric Boogaloo *One or two minor spoilers ahead* Guardians of the Galaxy Vol. 2 takes place a few months after the generically boring, blue space terrorist was vanquished in the original film. Having already getting to know Peter Quill (Chris Pratt);  Gamora (Zoe Saldana), Drax (Dave Bautista) , Rocket (Bradley Cooper)  & the adorable Baby Groot (Vin Diesel) , James   Gunn's  returning trip to the director's chair takes the crew on a much more personal journey. Whilst critical reception has been split down the middle, some saying it's not as fresh or cohesive as it's predecessor, it cannot be doubted there's one universe truth: Guardians 2 is one of the funniest instalments in the Marvel Cinematic Universe alongside it's deep layers of heart that make it such a brilliant experience. Trippy Poster Winner 2017 Following a quickie space battle with some golden alien people; most of the film leaves the Guardians on
Post a Comment
Read more 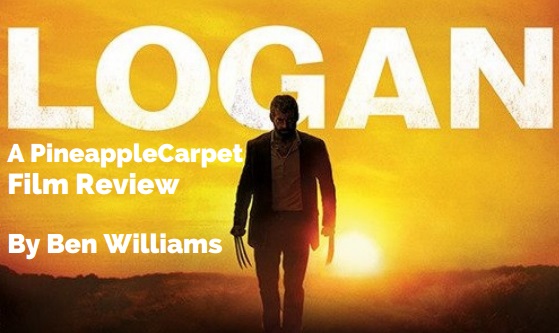 The Last Of Us Logan is an R-Rated (15) superhero film directed by James Mangold (also directed The Wolverine), featuring what's said to be the last performances of Hugh Jackman & Patrick Stewart as Logan/Wolverine & Charles Xavier/ Professor X as part of the universe in the X-Men film series . It follows an older, broken Wolverine in the year 2029, who has been caring for a senile Charles Xavier due to his telepathic powers coming unstable & most mutants in the world appear to be gone. Once they come across Laura, a young mutant whose in danger, Logan & Charles take their weary selves on one final adventure in getting this girl to safety. When asking some people in the last few months if they were going to see Logan , a surprising amount expressed they're beginning to get tired of the family-friendly superhero film formula, that it's starting to feel too generic & safe. Simultaneously being what feels like a heartfelt farewell to Hugh Jackman'
Post a Comment
Read more
More posts